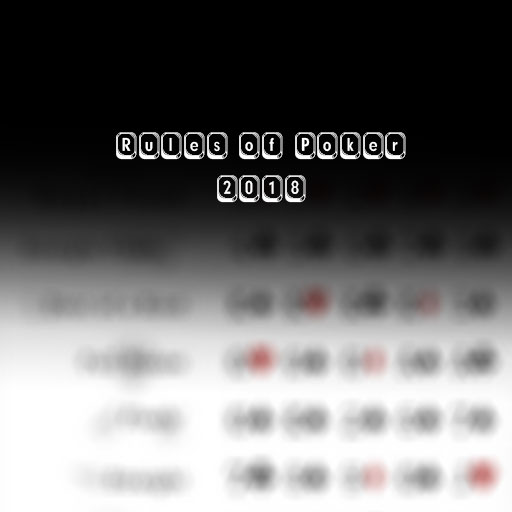 When you hear the word Poker, I am sure Texas Hold ‘Em is the first thing that pops into your head.  Texas Hold ‘Em is the most popular version of Poker played the world over.  You may be put off learning the game due to its perceived complications.  However, it is a lot easier to learn than you think, and once you know the basics, you will be able to play with the most avid enthusiasts.

The aim of the game

The objective of Texas Hold ‘Em is like any other game of chance – to win money.  Winning other people’s money is the primary objective of Poker.  Betting is done within the game by the players, and the limits and size of the bets are decided by each player. 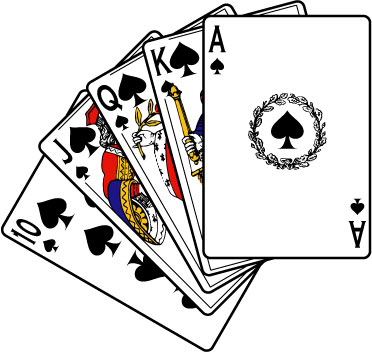 If you are you looking for more modern ways to play one of our favourite comparison guides right now is Best Casino Sites UK. They update weekly with the best and latest bonuses in their different 2018 guides.

Most other casino games involve the process of place a bet, look at your cards and then win or lose.  With Texas Hold ‘Em you are dealt your cards, place a bet, get some more cards, place a chance again.  This process continues until your opponents fold one at a time, and you are the winner.  Folding is not ideal as it means you lose the hand.

Should there be one other person still playing the hand, the player with the best hand wins the pot.  Pot means the bets that are on the table for that particular hand.

How are the hands ranked?

When comparing who has the better hand between two players at the end of a hand, a Royal Flush will always trump any other combination of cards.  At the very lease and most unlikely of odds, a high card (for example, an Ace) will win the hand.

Texas Hold ‘Em is a tremendous and action-packed Poker game.  It is not for the faint-hearted and required both skill and strategy.  The only way to get good at Texas Hold ‘Em is to play, play and play some more.  You can choose to play casually at first and then start playing for money as your confidence grows. 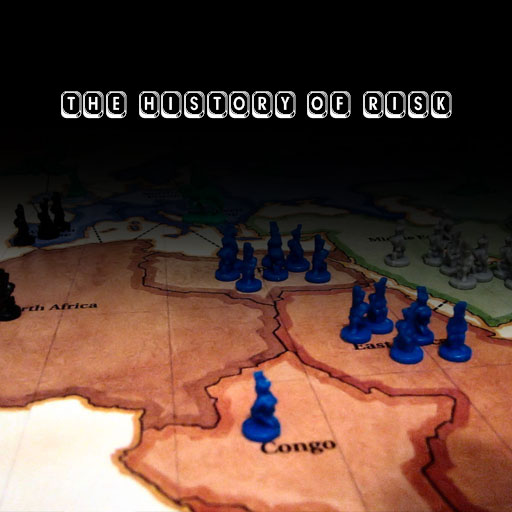 The game of Risk involves diplomacy, strategy, and a healthy dose of luck. The fun that you can get from playing a game about conquering the world can be incomparable.

Risk is a board game that can be played by two to six players. The board consists of a map of the world that is divided into six continents and four territories. There are three types of armies: the infantry, cavalry, and artillery. It has 42 cards that have armies and continents printed on them. To win, you need to eliminate other players and conquer all the continents. It involves attacking fellow players and taking their armies. Whoever does the most dice rolling has the most chances of winning.

Since you don’t have to necessarily know the history of a game to enjoy it. However, you can appreciate it more if you know where it came from. So you can also enjoy the older versions by knowing the evolutions that it went through over the years. Risk originated from France. It was first called “La Conquete Du Monde”.

In the year 1957, Risk was developed by Miro Company in France. In 1959, it was introduced in the US by Parker Brothers. The name was changed from Risk Continental Game to Risk: A Game of Global Domination. The Parker brothers made slight modifications when they introduced it in the US. It featured Europe as the only continent that players prepared to conquer. The Parker brothers have hidden spies, armies, and unique mission cards. It made playing more comfortable and the time to play it shorter. In 1993, the secret mission cards which were built originally in the European version were added to the US version.

Other Modern Versions of Risk

Furthermore, later versions of Risk give players the option to conquer the land, underwater, and the moon. It gained further popularity when it released its Lord of the Rings version. The game incorporated mythology when it released Godstorm in 2004.

Through the years, a lot of versions were released. The basic version of the original game was published in 2008. Some of the soldiers and cards became collectable items. We are also hopeful that www.new-onlinecasinos.uk will have a digital version of this epic board game for the United Kingdom 2018. Follow the launch of new UK casino brands to find out.

Furthermore, dice probabilities can offer many offensive and defensive strategies. So take continents that are easier to defend. Those continents include South America and Australia. They have fewer entry points compared to other continents. So be strategic with your attacks. If your forces are spread out, it is difficult to defend your continents. Furthermore, build your defences tightly. It is a low key strategy, but it can make you win the game. Troops that are placed in areas that have a lot of entry points should be able to defend them adequately.

To win the game, try to play it several times with different players. Each player can teach you various strategies. Learn from them. Finally, the most important part is that you need to remember to HAVE FUN.

Find all of my new blog entries on the main page HERE. 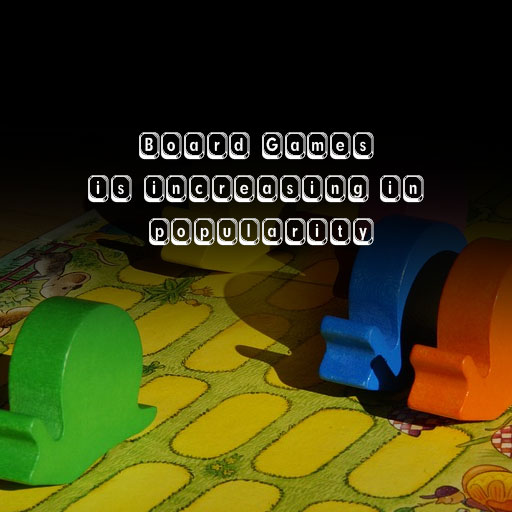 We all know the time when we gathered our friends, got a few snacks along the way, sat around a table, and play Monopoly and Uno all day long, chomping on our favourite chips and having a time of our lives. That feels pretty nostalgic now, considering the millennial age is mostly interested in the internet, or so it seems. After some recent surveys, it has come to light that the newer generation of children and teenagers alike are particularly interested in board games and are contributing a lot to make them great again, but why? Let’s look in detail!

They are new Board Games coming:

Most people still only know about Monopoly and Snakes and Ladders, but in reality, there are more than you thought. The primary and fundamental reason that board games are getting a considerable revival is that the industry is continuously rolling out new ones that are not only more fun, but also more challenging. If you browse over the main Kickstarter landing page, you’ll find that almost 55% of the highest funded projects are board games. One prominent example is the Settlers of Catan, which is spiking in popularity nowadays, potentially due to its fantastic marketing and ease of play. And speaking of marketing…

The second most common reason that board games are getting favorite is that the manufacturers of the games finally know that the modern age can only be convinced through the internet, so they have upped their marketing and advertisement to a whole new level, and introduced these new board games with an entirely different perspective that appeals to the young audience. Considering the fact the board games were one of the first games to be invented in the world nearly thousands of years ago, they won’t go down anytime soon!

The previous ones are getting newer variations:

You all played Chess, GO or Monopoly at least once in your life, right? Well, they’re getting some more expansions and spin-offs. If you search the classic board games on Kickstarter, many new fundraising campaigns have started for more modern variations of already existing games, like a Star Wars version of Monopoly, an expansion for Settlers of Catan to allow more players, a newer variety of Pandemic and many more. The creators are breaking the wall between media and board games, and because of that, they’re getting a whole lot accessible than they used to be!

That’s some of our thoughts on why the age of Board Games is rising again. Although no board game has beat the sales and popularity of the all-time classic Monopoly, there have been many new ones released that had the potential to, with the best ones being Ticket to Ride, Settlers of Catan, Pandemic and Carcassonne. What are your thoughts on the recent spike in the popularity of different board games? Do you think it’ll be influential, or will this merely be buried into dust after a few months?

Read all of my board game blog posts at https://www.best-boardgames.uk. Hope to see you on my blog again. Thanks! 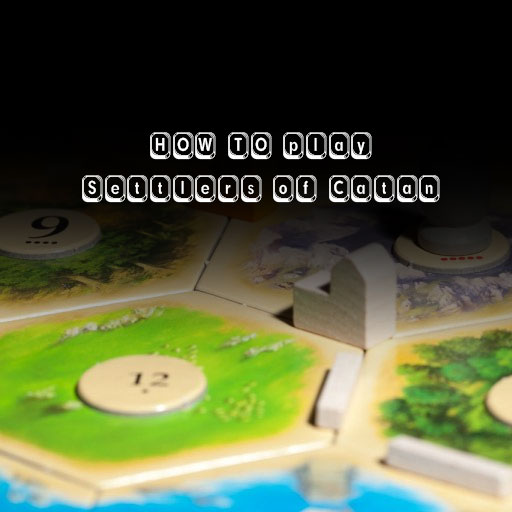 The Settlers of Catan is a pretty unique board game, and that uniqueness has made it win over ten awards. It can be played by over 3 to 4 players, but if you have more people you’d like to play with, you can use the expansion along with the baseboard to spice things up. This guide is aimed at total beginners to the game, so if you’re one of them, then you’ve come to the right place! Learn how to play this board game, then gather some friends and have fun! 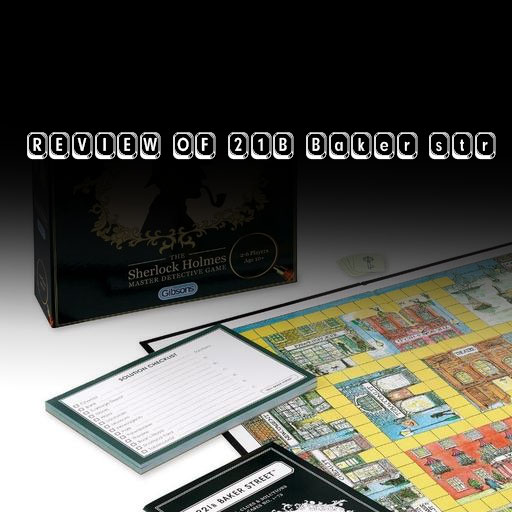 “My name is Sherlock Holmes. It is my business to know what other people don’t know. ”

About 221 B Baker Street: The Master Detective Board Game

221B Baker Street is a board game developed by Jay Moriarty under Antler Productions in 1975. The game was sold in the US since 1977, by John N. Hansen Co.

In this mind exercise game, the players will have to solve mysterious cases based on clues. The players can gather these clues by visiting different locations on the board. The areas include the following:

Other sites have several entrances and exit points which players can use as a shortcut. The original 221B Baker Street game version only has 20 cases to solve. But the game now has ten expansion sets consist of 20 cases each. With this, a total of 200 cases are now available for play.

A great mind game, 221B Baker Street is a game which can be played by two to six players. During the game, the players will assume the role of Sherlock Holmes as an investigator. They will compete with one another to determine who has the best skills in the art of deduction. Using the cases as clues, the players will try to identify the culprit,  weapon used, and motive behind the case. Each case features a small paragraph which gives the players bits of information about the crime they must resolve. The clues typically come in three forms – descriptive, a clue about the killer, weapon and motive or no evidence. Clues usually come in the form of a riddle and sometimes comes in multi-part clues.

Here is how 221B Baker Street is played:

The game begins with one player reading the case aloud, and the rest of the players take note of the details of the case. It is recommended that a time limit will be set on reading the clue.

Each player will have to roll the six-sided dice to decide their movements on the board.

Upon reaching a location after rolling the dice, the player reads the clues and make notes.

Rolling of the dice continues until a winner emerges or all of the game players have played. If a player believes he or she have uncovered the case, that player may go back to the starting point. The player then announces the critical aspects of the crime – the culprit, weapon and motive. Other information may also be required as outlined in the introduction of the case. The players must then check the rulebook to verify the solution. If the player’s guess is wrong, that player gets excluded from the game.

Find all of my new entries at https://www.best-boardgames.uk. Thanks for your visit!